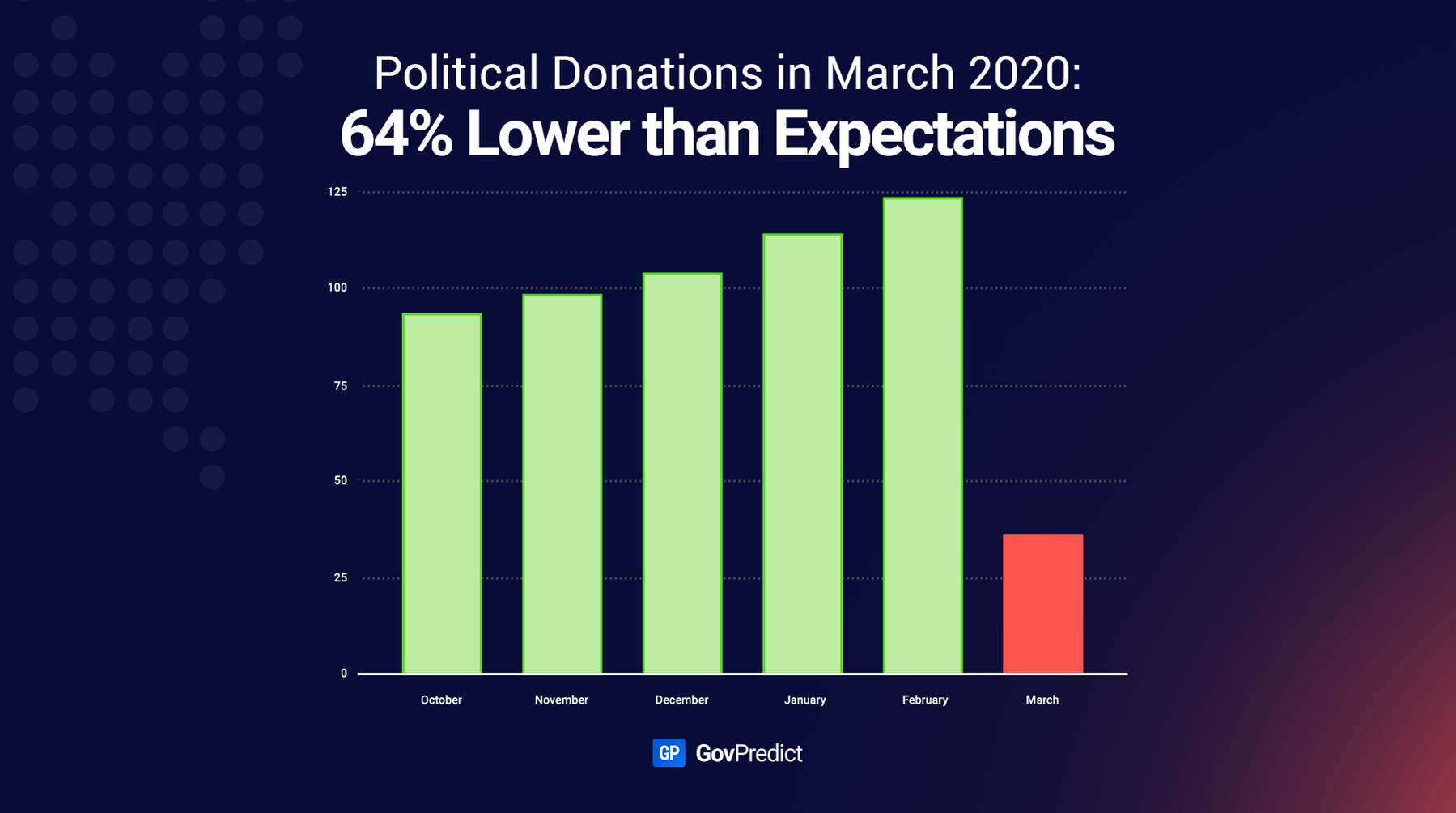 $152 Million in Lost Donations Due to Coronavirus

The massive wave of political donations came crashing down in March. After months of receipts at double the 2016 levels, donors in March only gave a third above 2016. If campaigns had continued the previous level of momentum, they could have raised an additional $152 Million.

Compare monthly donations to Republican and Democratic committees during the 2016 and 2020 elections, as reported to the Federal Elections Commission.

If you were forecasting results, it would have been logical to expect a full $473 Million in March. Instead, you only got $321 Million

Both parties were raising funds at double the amount of 2016, and each took a hit on the increase in March.

Republicans took a bigger hit to the percent raised in March, bringing in only 25% more than in 2016 and losing $73 Million to the coronavirus.

Democrats raised 44% more in March, but because their March receipts in 2016 were higher than Republicans’ they still lost $78 Million this cycle.

How Did Major News Outlets Miss This?

Committees must submit a full accounting of every dollar raised and every dollar spent to the FEC. They submit their receipts and disbursements every quarter. Approximately two weeks later, the FEC releases the data for the whole quarter. The FEC doesn't release details on the exact dates of donations until several weeks after that. This year, they were later than is typical.

If you only look at the number for the quarter, it’s encouraging. It’s a record-setting quarter. If you look at the month as a whole, March is still above 2016 levels. Unfortunately, the details show that the second half of March is when donations start to tumble.

This all goes to show that the details most definitely matter!