With the national conversation on race in the spotlight, GovPredict’s Moneyball tool reveals who has given the most—and the least—to Black Members of Congress.

Moneyball cleans, collects, aggregates, and analyzes every political contribution to all federal and state elections over the last 20 years. Included are donations by corporations, political committees, and individuals. GovPredict sources its data from the Federal Election Committee (FEC) website, the IRS website, and from the sites of each respective state’s election commission.

Parameters of the analysis

We ran the numbers to analyze 2020 election cycle donations to 55 self-identified Black Senators and Representatives. These include the members of the Congressional Black Caucus (CBC) and Senator Tim Scott of South Carolina. Senator Scott is the sole Republican on this list. We also included giving to the CBC PAC itself. Representative Will Hurd of Texas is not seeking reelection this year and thus is not analyzed.

This article highlights donations before the death of George Floyd, since political giving since April 1st is not yet systematically reported.

KOCH PAC and Berkshire Hathaway Energy PAC tie for 0.3% of their total contributions to Black Members of Congress, including the CBC PAC. DLA Piper US LLC PAC and BAE's PAC come in under the 2% mark, and Merck just hits 3.0%.

Among corporate political action committees (PACs), the Home Depot's PAC has given the most (by gross contributions) so far this election cycle to the Members of Congress we analyzed. Comcast NBC Universal, Honeywell, and AT&T PACs round out the top four. Percentage-wise, however, Honeywell gives 5.9% of its total to these candidates’ committees plus the CBC, the lowest percentage of the top 10. Black Representatives and Senators make up 10% of Congress. 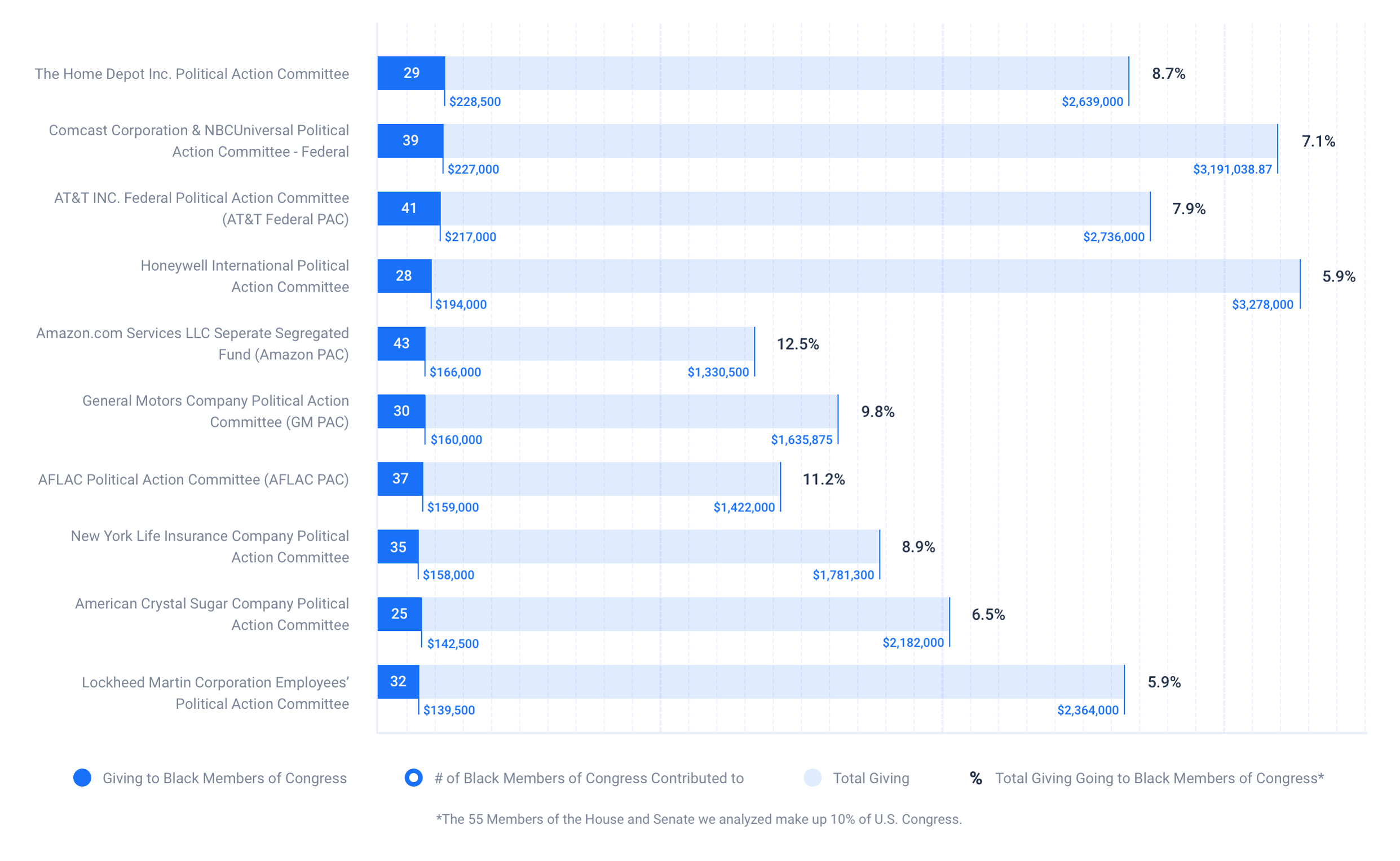 Here's the top 10 by number of unique recipients:

Giving by all PACs

This list includes the top 10 donors among corporate PACs and other types of PACs, including association PACs:

All but three of the top 20 individual donors hail from California or New York. None of these top donors gave anything to Tim Scott, so all of these donations went to Black Democrats. Many of the top donors come from the same families, including Quinn Delaney and Wayne Jordan (Oakland philanthropists), Marilyn and Jeffrey Katzenberg (Jeffrey co-founded DreamWorks), and the Simons/Cappell family (who account for three of the top 10).

The following individuals have given the most to Black Congressional incumbents this election cycle: 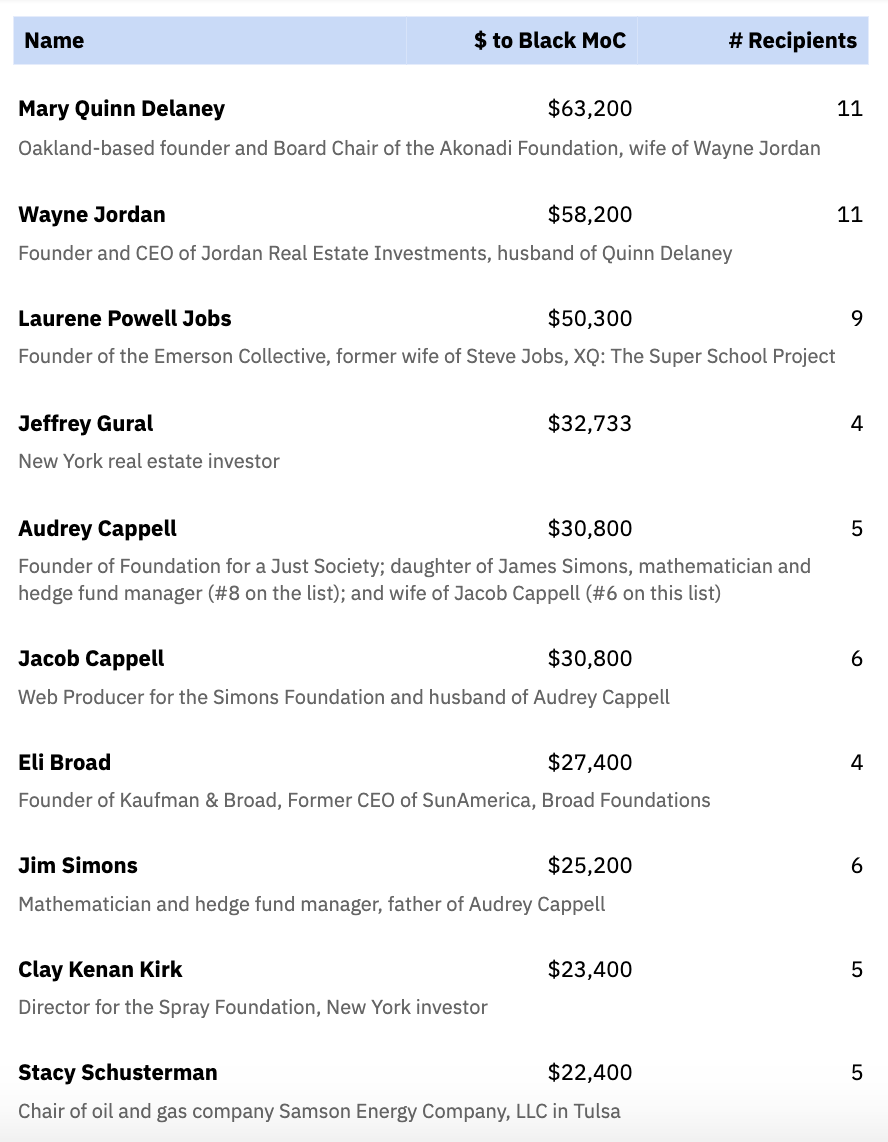 We will update these lists in the coming months to see whose giving to Black Members of Congress increases the most throughout May and June as the national conversation on race gathers increased attention.

GovPredict is an enterprise software company for government affairs and political campaigns. Serving both sides of the political aisle and organizations advocating for a wide range of issues, GovPredict counts Fortune 50 companies, national campaign committees, major trade associations, and issue advocacy organizations as clients. The Company is headquartered in Washington, DC.